"Retrofuturism, for those unfamiliar with the phrase, is a movement in the creative arts meant to show the influence of depictions of the future produced in an earlier era. Think of it as a remembrance of the anticipation of what was to come. Or perhaps more accurately, nostalgia for an alternative future that never quite came to be. It’s blend of retro styling with futuristic technology explores the tension between past and future, as well as the alienating and empowering effects of technology"

What did the future of frame building look like in 1975? More than a decade before the Italians would take home Olympic Gold in the 100km road time trial aboard a fleet of carbon C 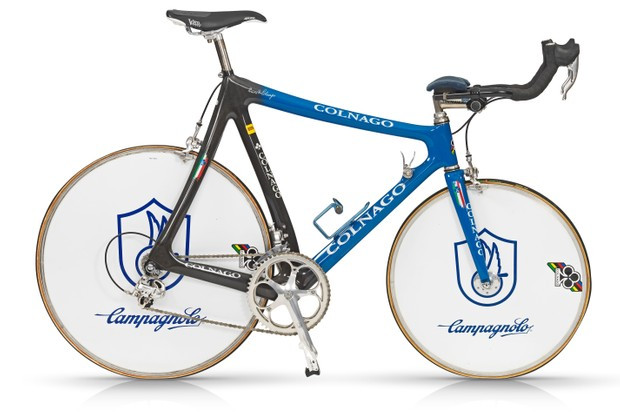 olnagos and 15 years before the same mark would release the first production carbon frame to market, surely the fantastic plastic wouldn’t have been more than a murmur within the industry.

At that time Dario Pegoretti was beginning an apprenticeship with Luigi Milani, a well-respected builder in Verona, Italy where Dario would situate his own Bottega in 1990. Steel was still the material du jour, with low-temperature brazed and lugged construction being the industry standard. Dario certainly saw a future in steel and would go on to build a career relentlessly advocating for the advancement of the 4,000-year-old material.

Now, to be clear, steel 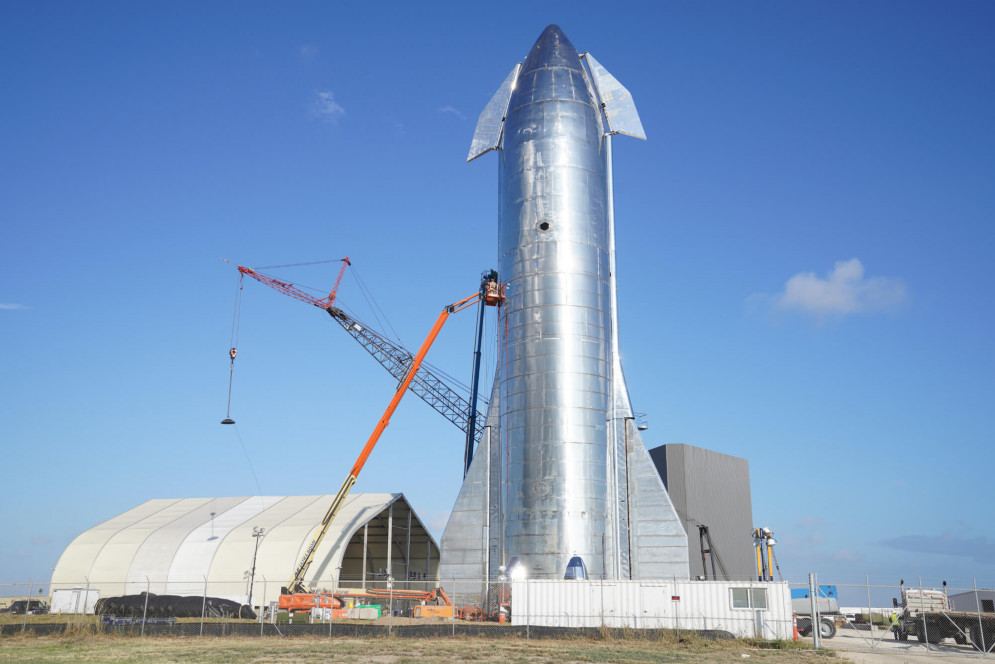 is a thoroughly modern material. And it should be, given its four millennia period of research and development. SpaceX’s Starship Rocket is made of the stuff and we all know Elon could afford to use any other space age material he’d like. It’s really just the bike industry that would have you believe steel is only suitable for building swing sets. Although adherents to the “steel is real” ethos still sing the praises of its inimitable ride quality, for cycling applications steel has mainly been relegated to touring bikes and the odd hardtail these days. Touted more for its durability and repairability than anything else, performance and steel are rarely uttered in the same sentence anymore. It’s now coming on 30 years since a steel bike has won the Tour de France (Miguel Indurain on a Pegoretti-built Pinarello, by the way).

By the time Dario began producing frames under his own name, carbon, aluminum and titanium were all in play as viable materials for racing bikes, yet Dario committed himself to the ferrous metal he had begun his career with. Anyone who has seen the avant-garde paint schemes that adorn his bikes could immediately infer that he was a true individual and wouldn’t get caught up in industry trends. He would go on to say it was an honest material, almost life-like in the way it communicates with a builder, and the one that he was most comfortable and confident working with. His successor at the Bottega, Pietro Pietricola, would later comment that Dario's relationship with steel was such that he'd prefer its embrace to that of a beautiful woman.

In his more than four decades creating steel frames, few could rival his accomplishments when it comes to refining the material or the techniques used to build with it. He was a pioneer of TIG welding bicycle frames, a technique originating in the aircraft industry and the one that would allow him to develop his signature rock-solid and slag-free welds. When other materials upped the ante with regard to stiffness, he innovated the use of oversized tube sets and designed intricately-machined stainless steel hooded dropouts to match them. He worked tirelessly with iconic Italian tubing producer Columbus, pushing for heat-treated tube sets to provide more a responsive ride, tweaking butting profiles to fine-tune handling characteristics and ultimately bringing about their custom-drawn XCR stainless steel lineup to imbue a truly transcendent quality to his seemingly traditional frames. 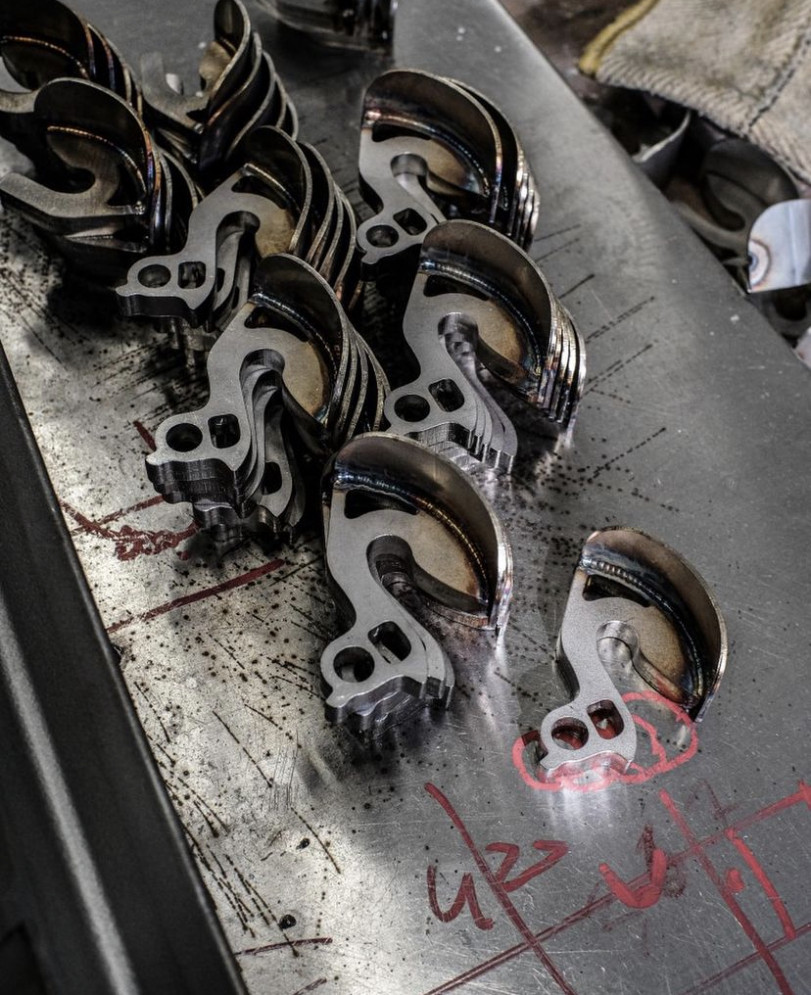 That, even more so than the stunning Ciavete paint (and it is stunning) is the defining quality of a Pegoretti frame: they only seem traditional at first glance, but these are not your father’s steel road bike. There’s a retro-futuristic performance edge to them that is evident as soon as you ride one.

Retrofuturism, for those unfamiliar with the phrase, is a movement in the creative arts meant to show the influence of depictions of the future produced in an earlier era. Think of it as a remembrance of the anticipation of what was to come. Or perhaps more accurately, nostalgia for an alternative future that never quite came to be. It’s blend of retro styling with futuristic technology explores the tension between past and future, as well as the alienating and empowering effects of technology. 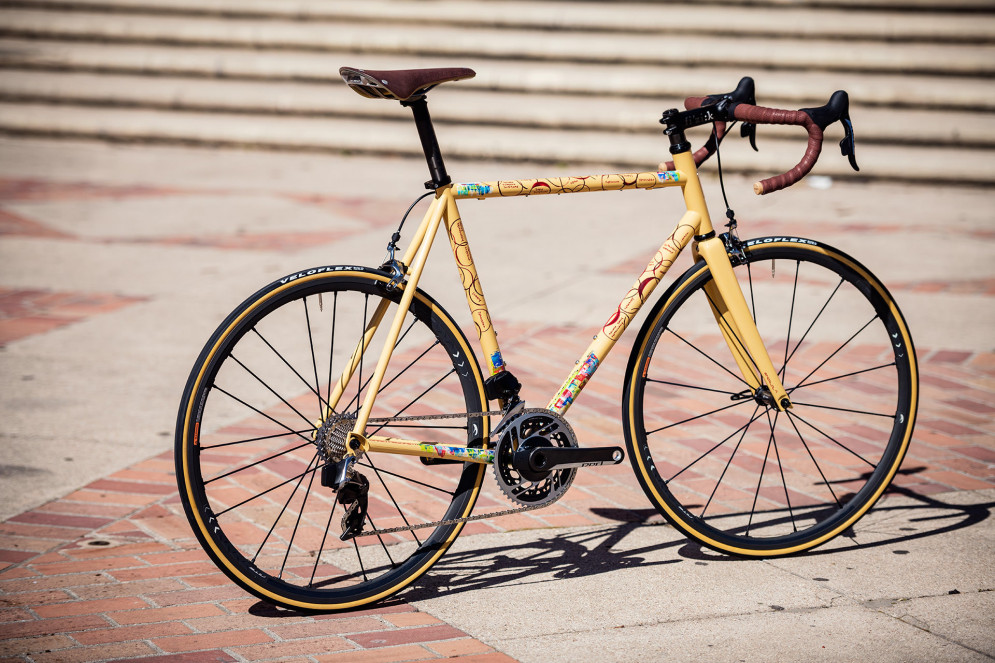 Pegoretti frames are balancing on a knifes edge in each of these contexts. The artisanally crafted steel pays homage to the storied craft of frame building, but the seamlessly TIG welded, big bore tubes are not classic by any means. And neither is the ride quality. While they benefit from the innate damped ride-feel of steel, Pegoretti frames are notoriously stiff compared to peoples’ expectations and have commonly been hailed as crit-capable. Until this season they have resisted the industry’s march toward disc brakes, not for the sake of clinging to the past but because they felt the standard didn’t provide meaningful improvements to their platform. Heir to the throne Pietro explained that they finally ceded because they want to remain contemporary and not become a L’Eroica brand.

This line of thinking perfectly encapsulates what Pegoretti is all about. They aren’t a L’Eroica brand, simply producing replicas of the vintage bikes they were once fond of. Nor do they march with the industry toward the cliff’s edge of marginal gains. They produce exactly the bikes they want; comprehensively modern, but as if they had been making these innovations from within a time capsule. A linear advancement from a fixed point in history, unaffected by parallel developments. The kind of bike you’d describe if someone were to ask you, “what will bicycles be like 50 years from now?” in 1975.